The Many Phases of a ﻿FAB Woman

As women we tend to do it all. We are mothers, sisters, spouses, business owners, caregivers, entrepreneurs, executives, and the list goes on. Sometimes all these roles can take a toll on us and leave us exhausted and overwhelmed. We are always in a different phase of our life.

That is why the theme of this year’s annual kickoff event, Come Find Your FAB, is “The Many Phases of a FAB Woman” and all that we do. This event is your opportunity to learn from, be inspired and enjoy the experiences of other highly motivated women like you, while taking a breath to enjoy the phase you currently are in. We have an incredible line-up of amazing speakers, plus many more surprises to come.

Take advantage of our early bird pricing offer! Simply say, “COUNT ME IN!”

What To Expect From This FABulous Event? 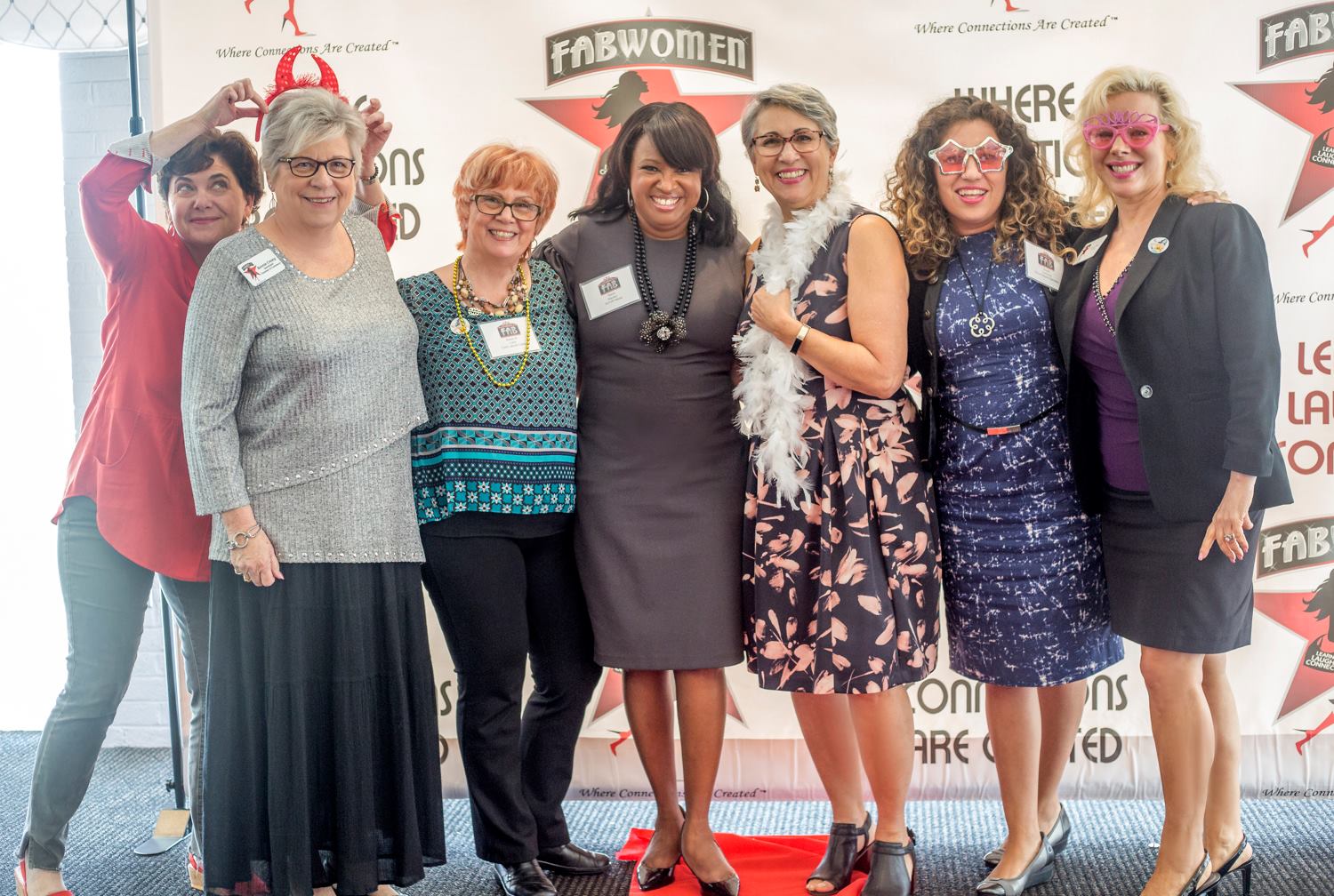 Connect with over 100 women (our biggest event of the year

Workshops led by women with inspiring stories and experience to share

Building business and friendship with women that "get you"

Get in on the most FAB event of the year! 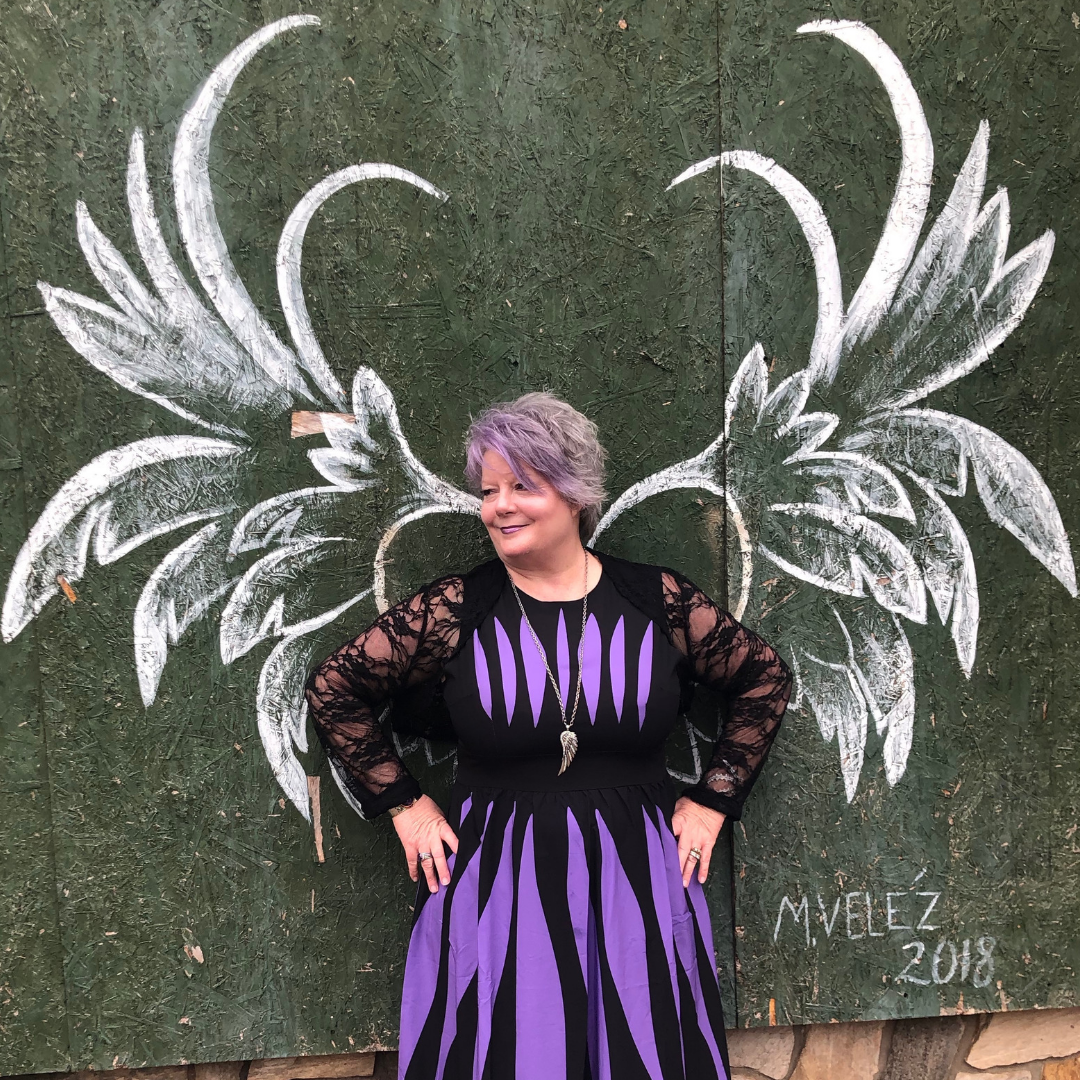 Your Fabulous Is Showing

Your audience wants to know the Authentic you before they can feel comfortable joining your team, becoming your client or customer, buying your products, following you on social media, or even browsing your store, either online or in person.

Discover how sharing your story changes your outlook on your business and how it changes the way others view you.

A sassy Southern Belle that's fast talking, purple haired and full of energy, Sasha’s humor, and her approach to real life and all the chaos that goes along with it make her approachable, and relatable.

You can usually find her with a Sweet tea in one hand and a fan in the other, juggling the care of an aging parent, a 12 year old granddaughter, a traveling salesman, and one crazy dog. 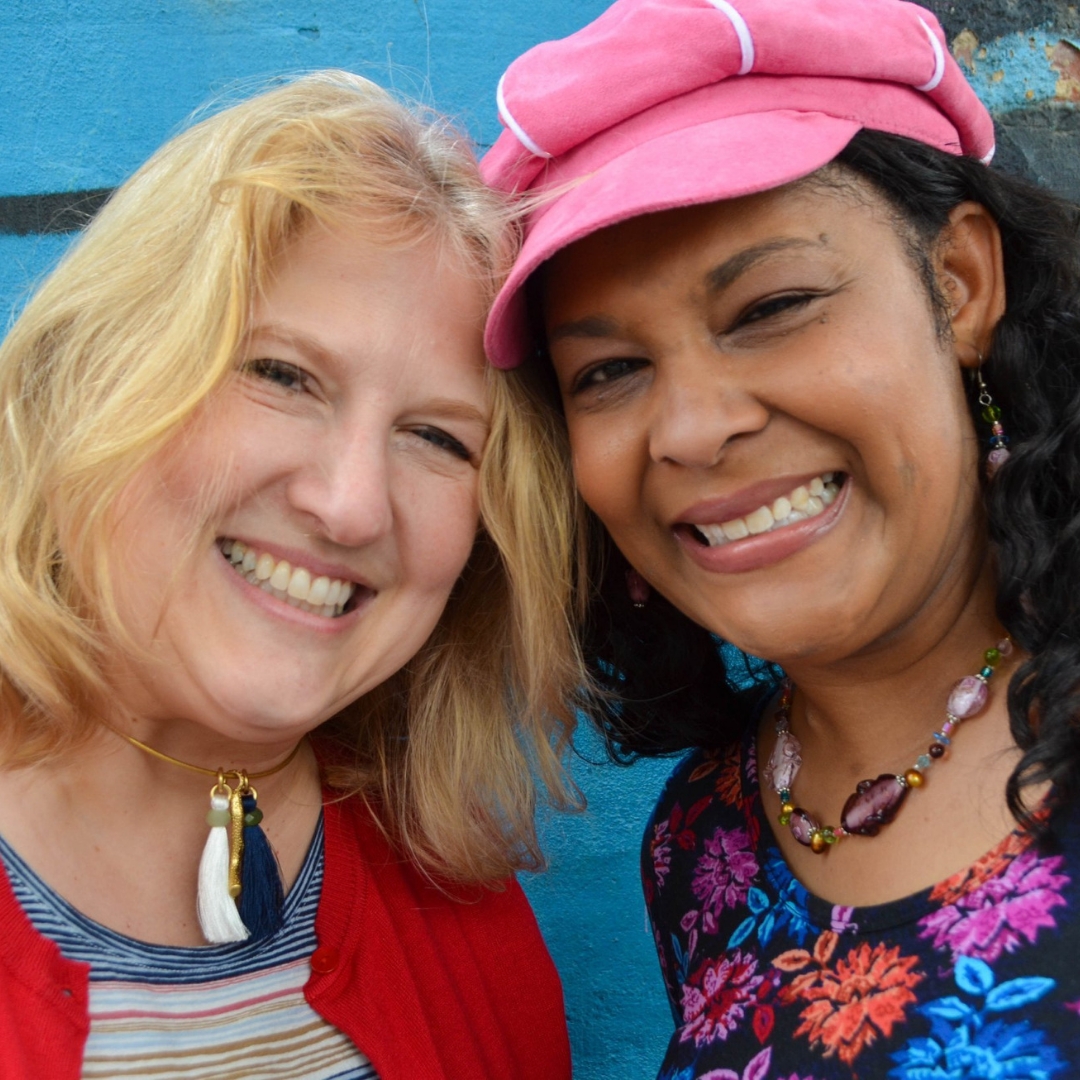 Phases of Women and The Stories We Tell

with The Sociable Scribes

About The Sociable Scribes

Fresh, funny, and always ready to tell a story -- or talk about stories! The Sociable Scribes Podcast features two extroverted writers, Nakita Rowell-Stevens and Kim Eley, talking about storytelling, writing, publishing, and that itch to share your message with the world. As women, we have many phases and many roles in our lives -- and sharing our stories is a way to connect, engage, learn, and expand our souls. Nakita and Kim share stories with humor, wisdom, and a way that will engage. 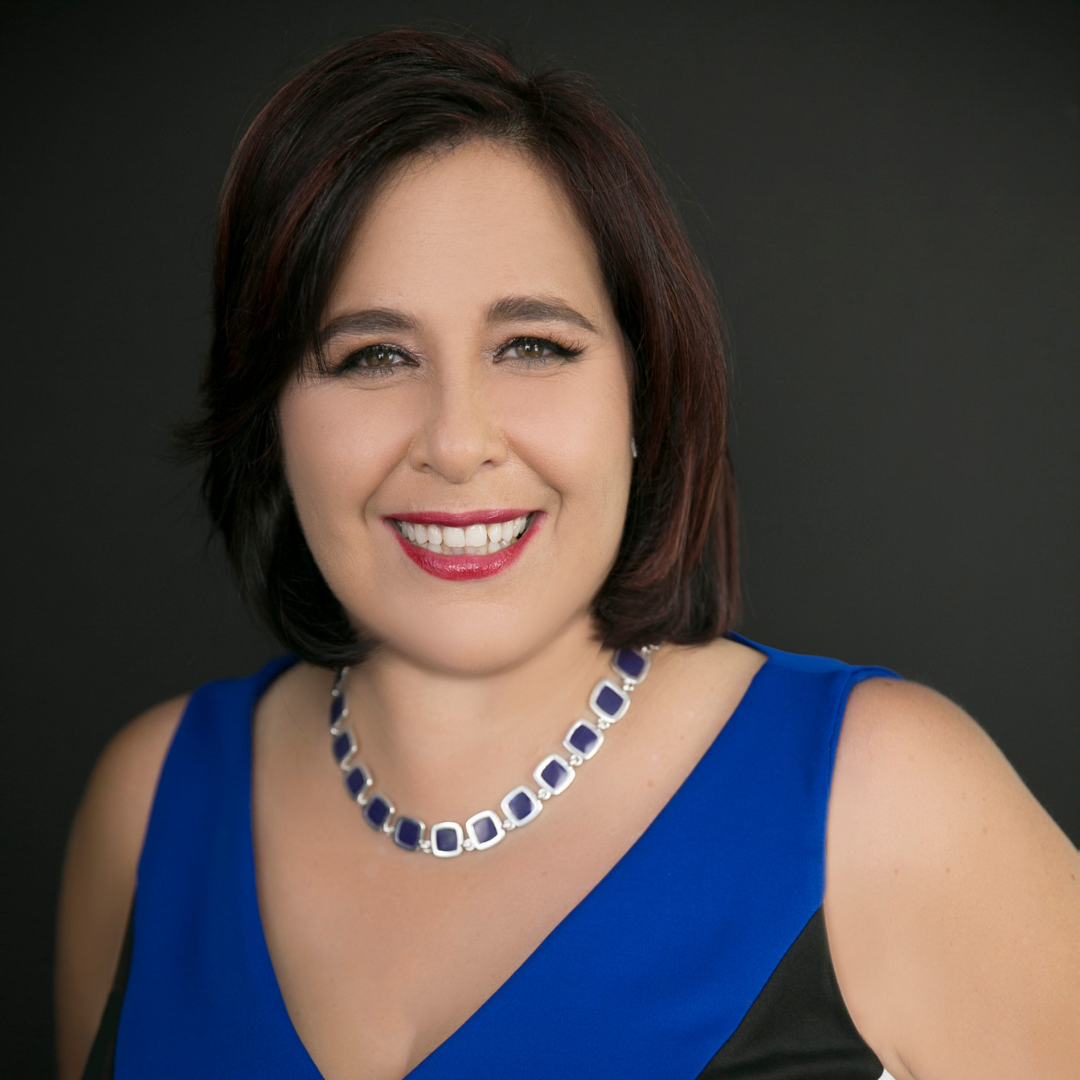 Own the F.A.B. Woman In You

Have you ever wondered what it takes to be truly FABulous - Fearless, Authentic or Bold? How would that impact your career, business, and life? Would you be more innovative? More productive? More influential? Have better communication and stronger relationships?

When I left the comfort of my familiar home in Quito, Ecuador to attend college in the southern United States, I didn’t look like anyone else, I didn’t talk like anyone else, and I just didn’t fit in … until I made one decision that changed everything in my college experience, my career, my relationships, and my current business.

If you are ready to take that leap, or you are feeling stuck trying to figure out how to move forward, you will find this presentation empowering and motivating to do just that. Learn:

Be a Fearless Woman, Authentic Leader and Bold in Business.

With over 20 years' experience as a Latina woman in the male-dominated financial services industry, motivational strategist Shanna K. has experienced firsthand the challenges and frustration of selling for a living. Overcoming her challenges, Shanna became a top producer in her field by leveraging her inherent understanding and appreciation for connection and relationship. 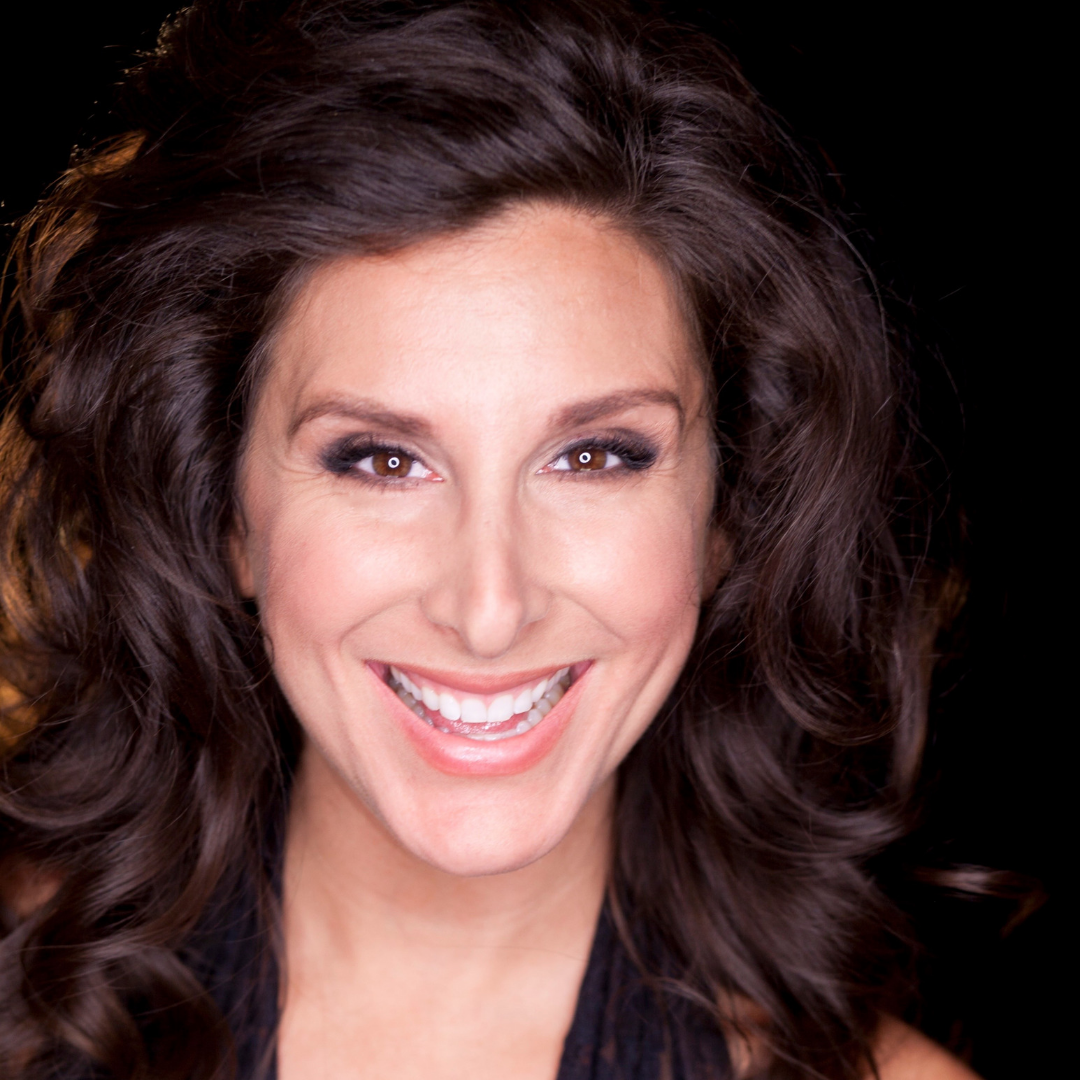 Have you ever apologized unnecessarily? Stopped from speaking up for fear of being called, loud, shrill, or even the “B” word?!

Expanding on her internationally-renowned TEDxTalk, ‘IN MY CHAIR,’ Eva shares how her experience as a makeup artist exposed her to hearing women constantly apologizing for their appearance; she recognized that same struggle within herself. This led her to embark on a global quest- bringing along her makeup chair - to interview and connect with women.

﻿Laugh, cry and feel more connected to women in the room and all over the world as Eva brings to life on stage the many faces of women who have sat in her makeup chair.

Eva DeVirgilis is an actor, speaker, playwright, and creative consultant from New York City who is now ecstatic to call Richmond her home. Eva

has gone around the globe speaking to women about "Ending the Apology!" Her groundbreaking TEDxRVAwomen talk on this topic was named by HER Magazine as one of their "Top 6 inspirational TEDtalks to help you change your life."

Eva recently embarked on a global speaking and research tour to gather eye-opening perspectives from women on self-esteem and body image. Her critically acclaimed solo-show In My Chair was based on that journey. Eva is obsessed with encouraging women to communicate to their highest potential. She coaches and consults thought leaders, organizations and individuals on using courageous communication to develop dynamic, outside-the-box presentations.

Eva has also had a life-long passion for acting. She studied under renowned actor Vincent D’Onofrio. You've seen her on Law & Order: Criminal Intent, Turn: Washington's Spies, Legends & Lies: The Patriots, and can currently be seen waxing comically in five hilarious Capital One commercials. 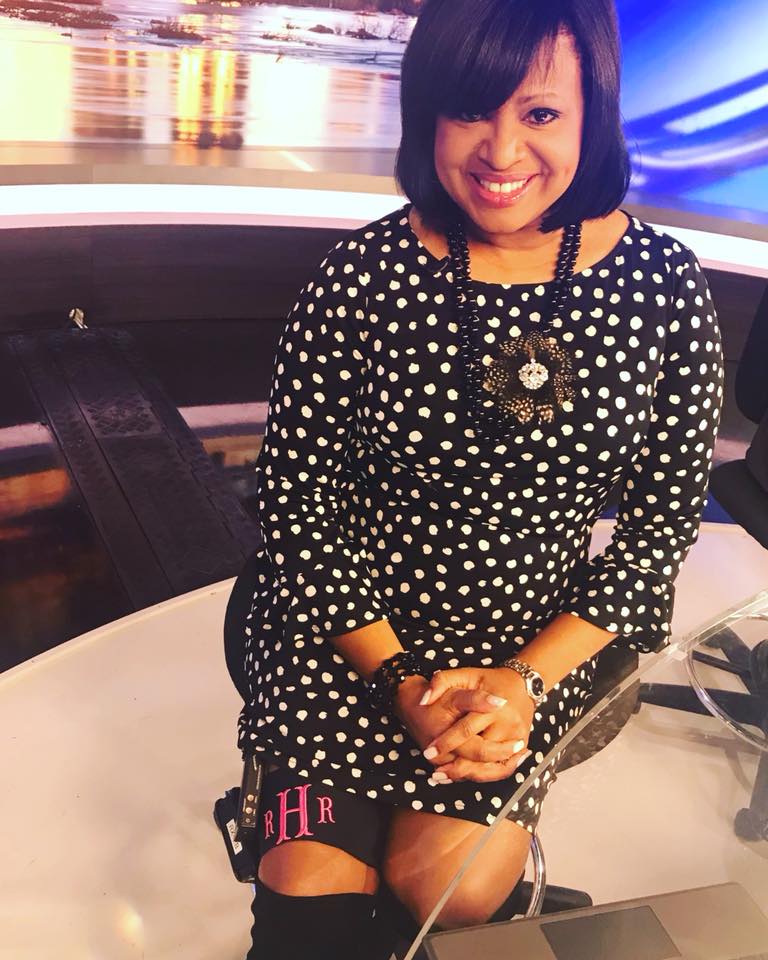 Reba Hollingsworth is a 4-time Emmy award-winning anchor and reporter at WTVR-TV. Reba is also the creator and owner of the AHA Wrap.

She started her broadcasting career in her home state of Texas at two small market TV stations. In 2000, she made a big jump and began covering news at WTVR CBS 6 where she was quickly promoted to morning anchor.

In 2005, Reba left CBS 6 and moved to the DC area to freelance for WTTG, WBAL, Hearst Broadcasting and CNN Newsource where she covered national politics. In August of 2009, Reba moved back to Richmond to resume her former role as co-anchor of CBS 6 This morning.

In 2018, Reba stepped out of her comfort zone and launched the AHA Wrap. A sophisticated leg wrap for women to attach their wireless microphone when wearing a dress. Reba designed a product for herself---and countless other women.

Reba is the proud mother of 10 year-old Jillian. If she’s not spending time with her daughter, she’s involved in the community. She’s a member of the National Association of Black Journalists, Alpha Kappa Alpha Sorority, Incorporated and FABWOMEN. 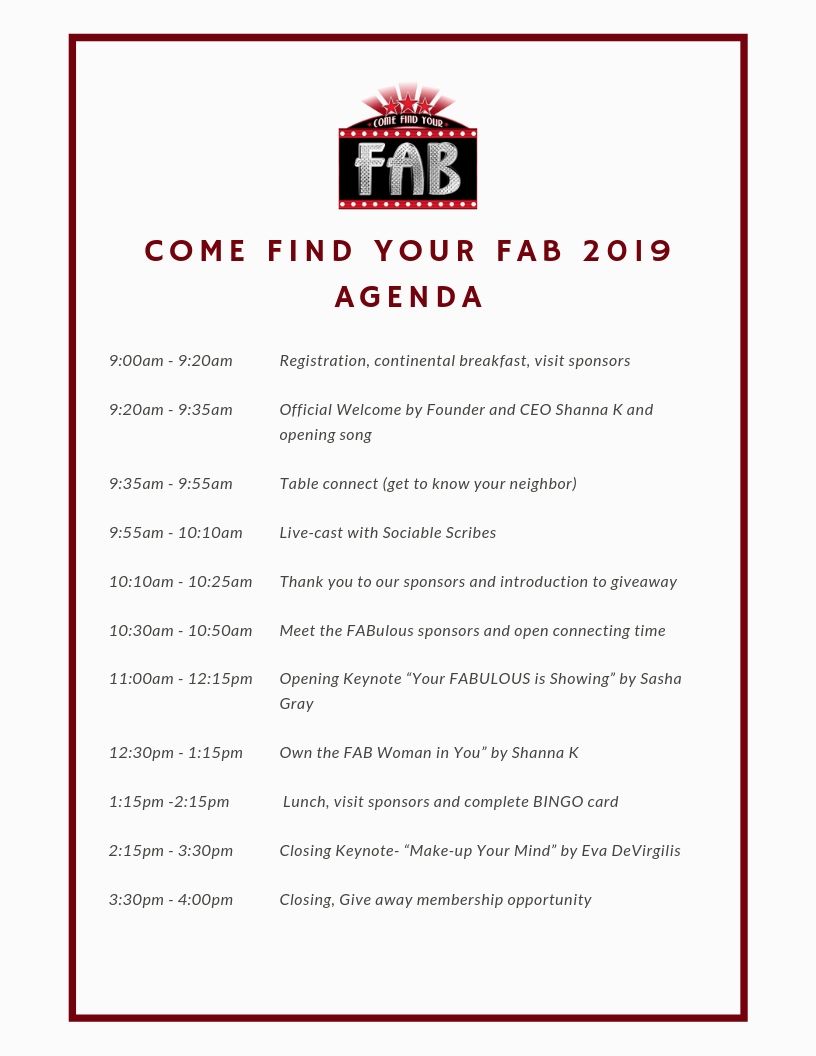 Get In On The Most FAB Event Of The Year!

REGISTRATION IS NOW CLOSED. PLEASE CHECK BACK HERE AGAIN IN 2020!

THANK YOU TO OUR 2019 SPONSORS 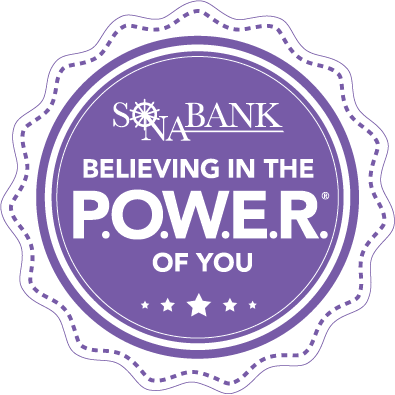 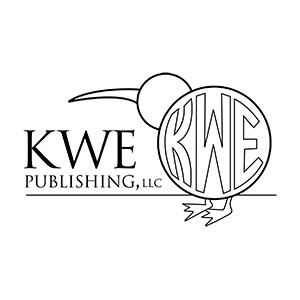 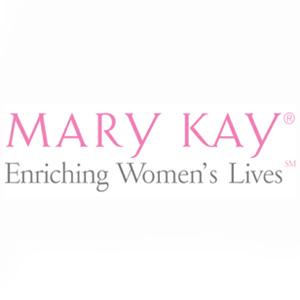 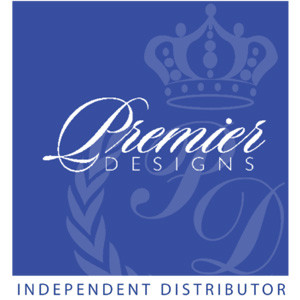 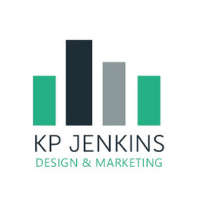 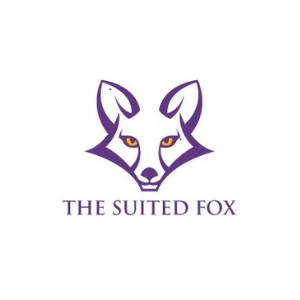